Hydrogen is increasingly mentioned as an important alternative to other (polluting) energy sources. Green hydrogen, which is generated in an environmentally friendly way, could easily become an important sustainable energy source. At the moment, however, very little green hydrogen is produced. The production of hydrogen is often still a mystery to the general public. At Adsensys we would like to provide some more clarity about the production of hydrogen. That is why in this article we briefly explain how hydrogen production works.

In order to understand how hydrogen is made, it is important to first understand what hydrogen is. Hydrogen (H2) is a combustible gas. It is also the most abundant element in the universe. The light gas has a very high energy density under high pressure. The energy density of hydrogen gas is many times higher than that of, for example, natural gas. But to put the hydrogen gas under sufficient pressure, a lot of energy is needed. Green hydrogen is produced by using sustainable energy sources.

In short: how is hydrogen produced?

In order to use hydrogen, water must be split into oxygen and hydrogen. Electricity is used for this process. Separating the different substances by means of current is also called electrolysis. A hydrogen electrolyser is therefore required to produce hydrogen. This is therefore always the basis of a hydrogen production system at Adsensys. After the hydrogen has been produced, the hydrogen can be stored and used for various applications at a later date. Components for the storage and release of the hydrogen produced are therefore often required. What the precise hydrogen system looks like depends on the precise wishes and applications. 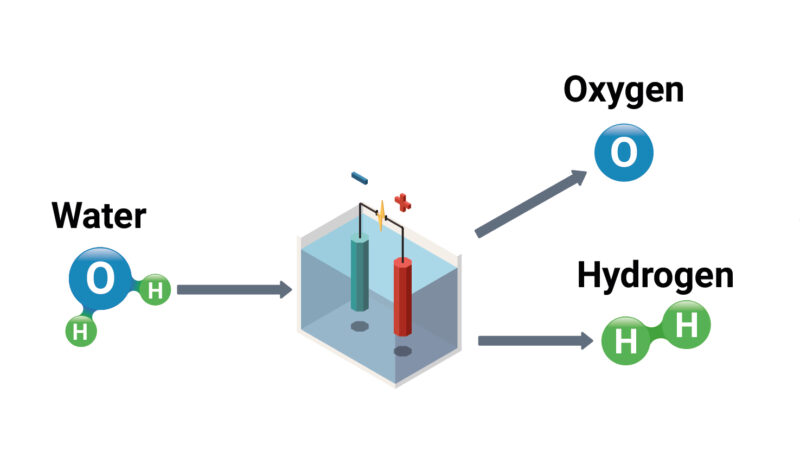 More and more companies want to delve into the use of hydrogen. Adsensys helps with this. We supply various innovative systems for generating energy from hydrogen. We focus on the use of green energy sources, so that hydrogen production becomes a sustainable choice. Sometimes we supply complete systems, such as a fully automated hydrogen generator, but individual components are also possible. From small installations to large systems, we have everything in-house to create the most effective system possible in every situation.

Would you like to know more about the possibilities of a hydrogen production system in your situation? Please feel free to contact us. We are happy to think along with you and look for a suitable answer to your questions.

What is green hydrogen?